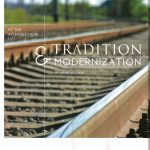 April 2016: The Winter 2016 issue of the Penn State Altoona magazine, Ivy Leaf, features an eight page article about their new Rail Transportation Engineering (RTE) program. Established in 2011, the program graduated its first class in May 2015. One of the RTE instructors is Bryan Schlake who was a RailTEC grad student and graduated from UIUC in December 2010. Hai Huang, who received his Ph.D. in Civil Engineering from UIUC in 2009, is one of RTE’s Co-Coordinators. Penn State Altoona is a NURail Affiliate Member and is the first and only college in the country to offer a bachelor of science degree in rail transportation engineering. Click here to read the article.