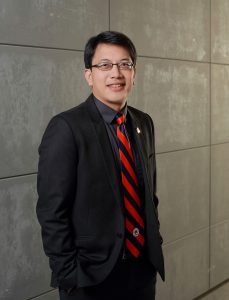 RailTEC alumnus, Yung-Cheng (Rex) Lai, was recently invited to be an Independent Director for the Board of Directors at Taiwan High Speed Rail Company (THSRC).  Rex received his MS (Civil Engineering, 2004) and his PhD (Civil Engineering, 2008) from the University of Illinois at Urbana-Champaign after earning his BS from National Taiwan University. He is currently a professor in the Department of Civil Engineering at National Taiwan University and a professor in their Railway Technology Research Center. THSRC manages Taiwan’s high-speed railway that runs approximately 217 miles along the west coast from the capital, Taipei, to the southern city of Kaohsiung at a top speed of 186 mph. It opened for service in 2007.