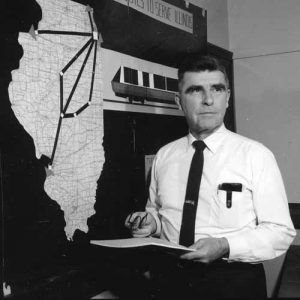 The Dr. William W. Hay Award for Excellence was established in 1999 by the Directors of AREMA to recognize outstanding achievement in railway engineering and to honor the memory and accomplishments of one of their members and leaders: William Walter Hay. Dr. Hay was a professional railroader in both the military transportation service and the private railway industry. He was a consultant on design, construction and operations of railroads and, for over 25 years, he was a Professor of Railway Civil Engineering at the University of Illinois at Urbana-Champaign.  He was also a teacher, motivator and mentor for dozens of men and women who chose to enter the transportation industry. The purpose of the award is to honor innovative railway engineering procedures, projects and products and the individual(s) who have created and successfully applied them to the railroad industry.

Criteria for winning the award are: