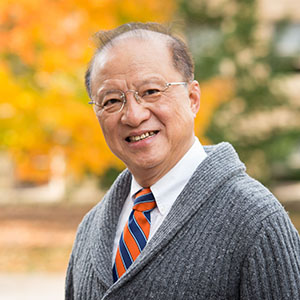 Tsung-Chung (T.C.) Kao has a world-wide reputation as an expert in high-speed rail planning, engineering and operation.  He completed his B.S. in Civil Engineering at the National Taiwan University in 1971, his M.S. in Structural Engineering at Rutgers University in 1974, another M.S. in Geotechnical Engineering at the University of California, Berkeley in 1975 and his Ph.D., also in Geotechnical Engineering, at the University of California, Berkeley in 1977. Following more than a decade of experience with several major engineering projects, he began working with the Taiwan High Speed Rail (THSR) Project in 1990 where he participated in the initial feasibility study.  Beginning in 1994, he served as the Advisor to the Provisional Office of the THSR Project.  After the Project was privatized in 1997, he served as the Vice President of Engineering for the THSR Corporation for 11 years.  In this role he participated in the design, construction and initial operation and commissioning of the THSR system.