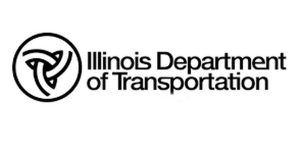 Illinois Governor Quinn and the Illinois Department of Transportation (IDOT) sought to further develop this high-speed rail vision by analyzing whether 220 mph high-speed rail service was feasible from O’Hare Airport through downtown Chicago to Champaign-Urbana and on to St. Louis and/or Indianapolis.  IDOT sponsored a research team at the University of Illinois, including the Urbana-Champaign and Chicago Campuses, to ascertain if this idea was viable, including engineering, operational, ridership, economic and financial aspects.

This report presents the estimated construction, operating, and maintenance costs for various network alternatives, as well as the estimated ridership and revenues. Depending on the type of infrastructure and the implementation phase, the total cost to construct the HSR system would range from $22 billion to $50 billion ($20 billion to $39 billion for segments within Illinois only), in 2012 dollars. Express HSR services from downtown Chicago to Champaign would take about 45 minutes; to Springfield about 1 hour 18 minutes; and to either downtown St. Louis or Indianapolis about 2 hours. The expected annual ridership of the whole system is estimated between 8 million and 15 million people. The HSR trains are envisioned to run every half-hour during peak times and hourly during other times.

Analyses of several different cost and revenue scenarios indicate that the HSR system is expected to be operationally profitable. In addition, operations profits could be transformed through debt and equity to cover from 5 percent to 23 percent of the total construction cost. The economics analysis of the HSR system has been shown to provide substantial benefits to Illinois, including the creation of 409,000 to 792,000 job-years during five years of construction and creation of 10,890 to 13,820 jobs per year during the first 10 years of operation. Public-private partnership (PPP) with substantial investments of public funds should be explored to make the HSR system a reality. An incremental or blended approach completed over a longer time period could also reduce initial capital costs and provide other nearer-term transportation benefits, while simultaneously improving intercity transportation quality and travel times. This is similar to the approach commonly used internationally and should be studied further.

The results of this study are contained in the documents below.